You are browsing the site archives by month.
24May 2015

An early start to this days caching with the possibility of getting a number of different types of caches, so as I set out at 8am and headed firstly to Action Trussell to pick up a letterbox hybrid cache type first, then over to Brockton area of Cannock chase to pick up the final stage of a Multi I had started but had to consult the CO before progressing due to a damaged second stage.

It was then a dash over to Ironbridge ready for the CITO (Cache in Trash Out) the group were already on the bridge and were being organised into groups, i headed out with group that went over to Sutton Woods, the Lady from the Ironbridge trust drove us across the area in the minibus, the group consisted of Blue Nora, Wigglesworth, Titan470, Monki, Calabrian Dreamer, Spunky Spider and SausageHunter. From our starting point near the river we headed out with our black bags and our GPS devices we followed the majority of the Sutton woods trail around. 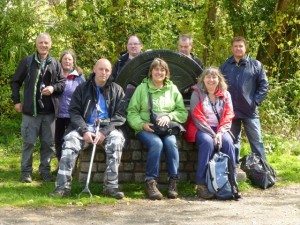 This area wasn’t too heavy in dropped litter or rubbish, a couple of black bags worth were gathered between the group. So two more types found the CITO & a Traditional, on been picked back up and taken back to Ironbridge there was the second event of the day in the Tontine hotel opposite the bridge and after a spot to eat and chatting to other cachers it was onto the afternoons captures, firstly it was an Earthcache, then followed by the new Wherigo cache which i timed out on, there was just one more type now i could easily grab to take my types found to 8 in a day, departing i headed to just outside Newport and picked up a Mystery puzzle cache that i had solved.

It was time to head home and log my finds.