After previously venturing out for an event last September in Kerry in Mid Wales not far from Newtown, when this was been 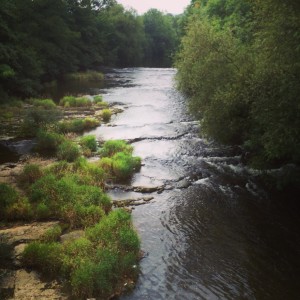 hosting again by CCrevell & Wavydale this time it had expanded to two events and CITO after taking the decision to go to all three, over the two days I booked a room in nearby Newtown for two nights, so I could come up on the Friday and hit a few caches before the Friday evening event.

On the drive to Newtown through Welshpool, I stopped just outside Welshpool to grab a cache from a layby, hopefully was not noticed by the lorry that was parked up nearby. After a quick stretch of the legs it was onwards, upon reaching Newtown, parked up and had a quick wander into the town itself grabbing a cache and starting the Newtown multi.  I grabbed myself an OS map for the the area, as this would help to navigate around.

Departing from Newtown I headed up to the Kerry Ridgeway, towards Block wood, after a quick search found the one close to the carpark. I had a my packaged lunch that I had made before I set-off this morning. Headed towards no 9 Kerry Ridgeway, the views from up here were good though a bit misty today. Quickly located 9 and then onto 8 going past the sheep. Onwards to 7 or not was confronted by a field of cows. Due to bad experiences with Cows and Bulls and as I was on my own, turned around and headed to No11, after then went onto one i couldn’t find, well were the arrow was pointing was behind a barbed wire fence, and no paths marked so was not going to climb over to get the cache. 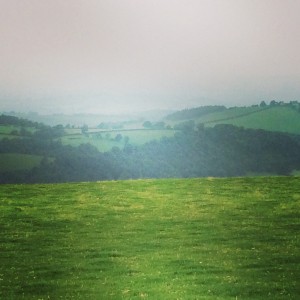 On the walk back to the car I was deafened by a pair low flying RAF Hawks out on training im not sure i’ve seen jets that low, with my ears ringing  arrived back at the car, decided I would try to make my way to the carpark near No1 in the series, though this didn’t go so well in the end decided to turn around and drive back to Newtown it was just after 4 pm at this point. After checking into the hotel, a quick change grabbed something to eat in a pub in Newtown, then onto the event to meet up with the fellow cachers in Kerry.

Upon arrival at the “The Kerry Lamb” found the gaggle of cachers, said hello to some familar faces, hugs of Shan and chatted away for a few hours about caching amongst other things before heading back to Newtown.